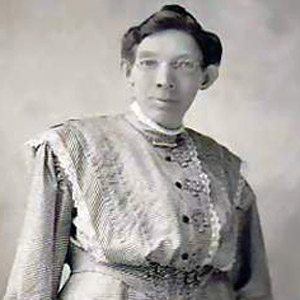 Remembered for her "Missouri Giantess" carnival act, this Midwestern woman reached an adult height of between seven and a half and eight and a half feet tall. She wore size twenty-four shoes and, for a time, performed with the Ringling Brothers and Barnum & Bailey Circus.

She seemed to be developing normally up until her seventh birthday, at which point she began rapidly growing, reaching a height of six feet and ten inches by the age of fourteen.

In her early twenties, she was hired by Chicago entrepreneur Lewis Epstein to be a human display at his museum.

She was born and raised in Missouri and was the only child of Anna Herring and Benjamin F. Ewing. At the age of forty, she passed away from tuberculosis.

She and Guinness World Record holder Sandy Allen were both more than seven feet tall. Allen, born in Illinois in 1955, reached an adult height of 7 feet, 7 inches.

Ella Ewing Is A Member Of