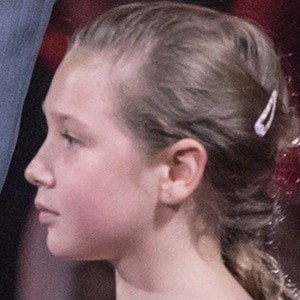 Her mother, Sophie Grégoire-Trudeau, announced she was pregnant with Ella in August while reporting on the CTV program eTalk.

She was named after her grandmother, Margaret Trudeau and her great-grandmother, Grace Elliott.

Her siblings are Hadrien and Xavier.

Her grandfather, Pierre Trudeau, was the Prime Minister of Canada from 1969 to 1984.

Ella Grace Trudeau Is A Member Of