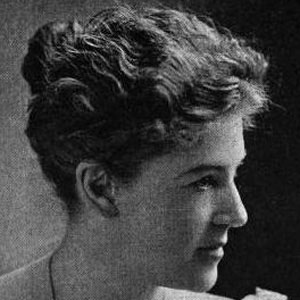 Remembered for her 1883 collection Poems of Passion, she was most famous in her lifetime and beyond for the individual poem "The Way of the World." She also published a 1918 memoir titled The Worlds and I.

By the time she had finished high school in Wisconsin, she had already earned a degree of local renown as a poet.

Her poems, more liked by the general public than by literary critics, were excluded from the Oxford Book of American Verse but included in an anthology titled Best Loved Poems of the American People.

She and her husband Robert Wilcox, both believers in the occult, made a pact that the one of them who was the first to die would communicate with the other from beyond the grave.

During a 1996 BBC interview, English Prime Minister Margaret Thatcher quoted one of Wilcox's poems, "The Winds of Fate."

Ella Wheeler Wilcox Is A Member Of