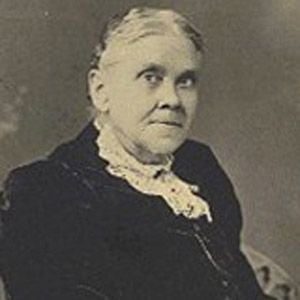 American author and Christian leader who co-founded the Seventh Day Adventist church. She authored a number of important Christian writings, including the Conflict of the Ages series. She was one of the leading figures in American vegetarianism.

He family became involved with the Millerite movement when she was a child, and upon adolescence, she began receiving religious visions, which continued throughout her life.

When she was nine years old, she was struck in the face by a rock thrown by a classmate of hers. It disfigured her nose and put her in a coma for a few weeks.

She was married to James White, with whom she founded the Seventh Day Adventists. They had four children together.

Ellen G. White Is A Member Of