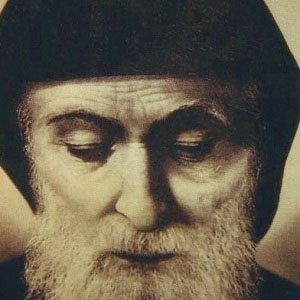 Nineteenth-century Lebanese priest, ascetic, and Maronite monk. He was canonized in 1977 by Pope Paul VI.

He spent his younger years working as a shepherd. At the age of twenty-three, he began his training as a monk with the Lebanese Maronite Order.

Legend holds it that his dead body, housed at St. Maron's Monastery, mysteriously appeared lifelike even a half-century after his death.

He was born in the Lebanese mountain town of Bekaa Kafra to Brigitta Chidiac and Antoun Zaarour Makhlouf. He grew up with four siblings.

He belonged to the Maronite Church of Lebanon, an organization that was led during the late 20th and early 21st centuries by Nasrallah Boutros Sfeir.

Charbel Makhluf Is A Member Of