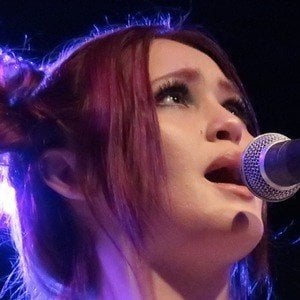 Singer-songwriter known for singles like "Millennium" and "Immortal," which became hits on Spotify. When her career began to take off, she signed a contract with RCA Records. She was featured on Zedd's single "Happy Now."

She began singing in coffee shops when she was 15 years old.

"Immortal" has been viewed over 1 million times on YouTube.

She was raised in Vancleave, Mississippi and Dauphin Island, Alabama but later moved to Los Angeles. Her father and uncles used to participate in jam sessions with her.

She has also collaborated with DJ Gryffin.

Elley Duhe Is A Member Of