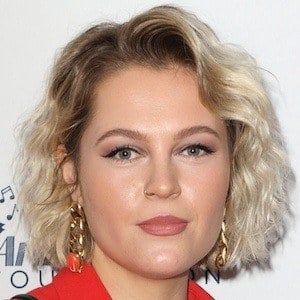 Released her first album, The Sober EP, in 2013. Her second album, The Doghouse EP, was released in 2014. She signed with Island Records.

She recorded covers of songs by male artists and uploaded them to YouTube before eventually being introduced to producers Felix Joseph and Rudi Redz.

Her cover of Kendrick Lamar's "Poetic Justice" has received over 900,000 views.

She comes from a musical family, as her father played in a classic rock cover band and her sister played the piano growing up.

She has credited Amy Winehouse for being a significant influence in her singing style.

Elli Ingram Is A Member Of