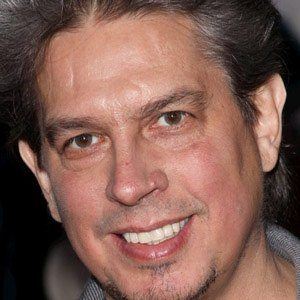 Called the thinking man's composer, he won the Academy Award for Best Original Score in 2002 for "Frida." He also composed the score for the 1992 film Alien 3, which was reused in for the 1999 trailer of The Matrix.

He grew up in the New York melting pot of cultures, which influenced his musical work. He graduated from the Manhattan School of Music in 1977 with a Bachelor's and in 1979 with a Master's.

He frequently collaborated with directors Michael Mann and Neil Jordan.

His wife Julie Taymor directed "Frida" and The Beatles musical "Across the Universe." She was also behind "Frida" and was a pivotal figure in the controversy surrounding "Spider-Man: Turn Off the Dark," the epic Broadway musical.

He studied music under Aaron Copland and John Corigliano.

Elliot Goldenthal Is A Member Of