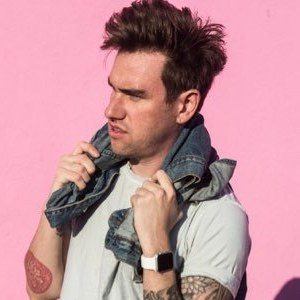 Best known as the drummer of the pop punk rock band Hey Monday. He also co-founded the group alongside lead singer, Cassadee Pope, in 2008. He eventually left the band in 2009 to tour with the rock group The Scene Aesthetic.

He began playing drums at a private school during his early years. He moved to the US at age 13, and became a fixture in the South Florida music scene.

He aided in the production and creation of the album All About Jane by Maroon 5, which earned him an RIAA certified platinum plaque. In 2015, he began his own solo project under the moniker Baallet.

In 2009, as a member of Hey Monday, he played alongside 50 Cent and a myriad of other artists on the Believers Never Die Tour Part Deux.

Elliot James Is A Member Of