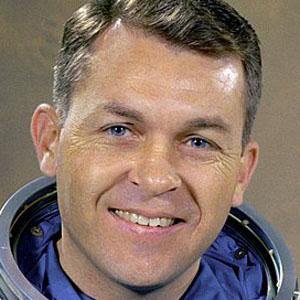 Among NASA's second group of astronauts, he died when his trainer jet crashed.

He worked for General Electric in between working as a naval aviator.

He was selected for the Gemini 9 mission but never made it into space; he was piloting a NASA trainer jet when it crashed in St. Louis.

He was married to Marilyn Denahy See and had three children.

He was played by Steve Zahn in the TV miniseries "From the Earth to the Moon."

Elliot See Is A Member Of