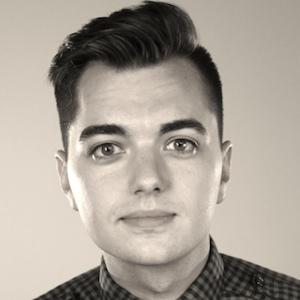 One of the three originally hired hosts of Philip DeFranco's YouTube funded SourceFed channel. He was hired to write, produce, and present news videos for the channel. He has done stand-up comedy in addition to his web content.

He attended the University of Florida after attending the Lois Cowles Harrison Center for the Visual and Performing Arts.

He made appearances on other internet series' including The Annoying Orange and SoulPancake. One of his most popular videos of his standup has gained over 235,000 views.

He married his wife Tiffany Morgan in 2007. The couple divorced in 2015. He later began dating Grace Helbig; the two announced their engagement in 2021.

He has collaborated with fellow YouTubers Grace Helbig and Joe Bereta.

Elliott Morgan Is A Member Of