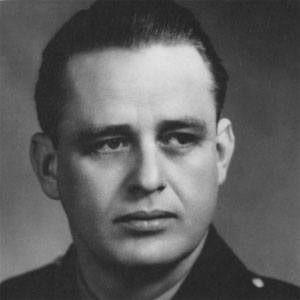 United States Army Air Forces officer and author. He is most famous as the son of President Franklin D. Roosevelt.

Breaking family tradition, he refused to attend Harvard University. Instead, he accepted a management position with Hearst Radio.

His bestselling book, As He Saw It, describes his experience of attending war-time conferences with his father.

He was married five times and had a total of five children.

He wrote a mystery series in which his mother, Eleanor Roosevelt, is a detective.

Elliott Roosevelt Is A Member Of