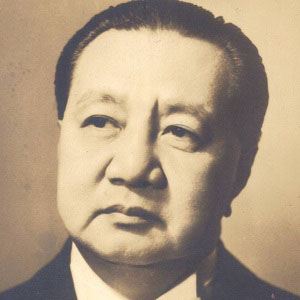 Like American President Franklin D. Roosevelt, Quirino instituted a series of 'fireside chat' radio broadcasts to inform the public about the plans of his administration.

His marriage to Alicia Syquia produced children named Tomas, Armando, Norma, Victoria, and Fe. Victoria served as First Lady of the Philippines after her mother and three of her siblings were tragically murdered during World War II by Japanese troops occupying the Philippines.

Before taking office as President, Quirino served as Vice President of the Philippines under the administration of President Manuel Roxas.

Elpidio Quirino Is A Member Of