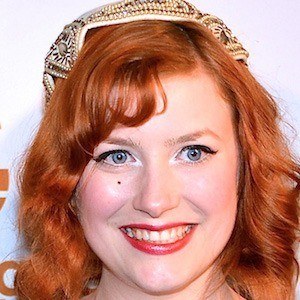 Swedish television personality and fashion blogger who first became known for presenting on the entertainment shows Uppladdat and Cocobäng. She later went on to host Melodfestivalen's after show, lend her voice to the radio show Hallå i P3, and become a decorator on the home improvement series Äntligen hemma.

Her television career began immediately after high school when she began working as a reporter for ZTV.

A prolific fashion writer, she has penned a blog for Elle and published the fashion book Elsa Billgrens Vintage. She also released her debut novel Man kan vinka till varandra från balkongerna in 2013.

Her parents are the renowned artists Ernst and Helene Billgren. She married musician Pontus de Wolfe in 2010 and in the summer of 2016 they gave birth to their first son.

Elsa Billgren Is A Member Of