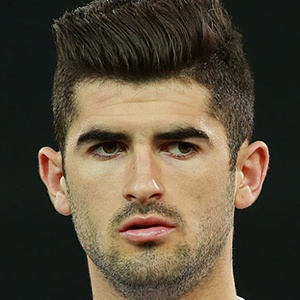 Defender who has been widely regarded as one of the best defenders in European soccer. His €6million move from Empoli FC to SSC Napoli was the second most expensive move by an Albanian international in soccer history at the time.

He grew up in Shkodër, Albania and began playing for KF Shkodra at age 7.

He captained Albania at UEFA Euro 2016, becoming the youngest captain in team history.

He has a child with Miss Albania 2013 Fiorenza Lekstakaj.

He played alongside Albanian teammate Lorik Cana at UEFA Euro 2016.