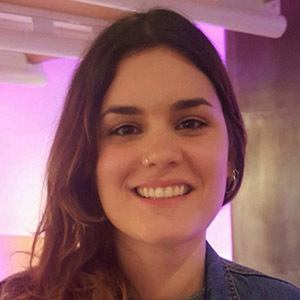 Spanish writer, poet, and literary translator who is best known for her published collections of poetry. She has published the books Aquella Orilla Nuestra and Ya Nadie Baila and has also translated the book Kis Hijos de Bob Dylan.

She wrote her first poem at the age of 12. She then expanded and created her first literary blog at 15. She then went on to study English in Madrid. She published her first book Cuarenta y tres maneras de soltarse el pelo in 2013.

She participated in a project entitled Tu la Acuarela / Yo la Lirica which featured her written words accompanied by water color illustrations by artist Adriana Moragues.

She was born and raised in Segovia, Spain and was encouraged to pursue a literary career by her father.

Other poets known for sharing their written works through Instagram include Rupi Kaur and Christian Vargas.

Elvira Sastre Is A Member Of