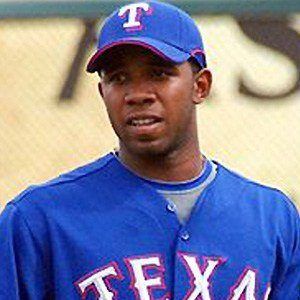 MLB shortstop who was named to his first All-Star team in 2010 with the Texas Rangers.

He played four seasons in the minor leagues before being named to the Texas Rangers starting lineup in 2009.

He has three siblings: Emily, Erikson, and Erold. Erold had a short-lived MLB career as an outfielder.

His first big league manager was Ron Washington, who coached the Rangers to the World Series in 2010 and 2011.

Elvis Andrus Is A Member Of