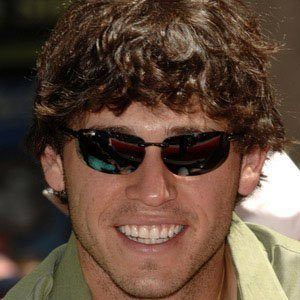 All-Star MLB second basemen who helped lead the Texas Rangers to AL Pennants in 2010 and 2011. He won a World Series title with the Boston Red Sox in 2018.

He won Arizona state championships in baseball with Canyon del Oro High School in 1997 and 2000.

He took over second base duties for the Rangers when they traded away Alfonso Soriano.

He married Tess Brady, whom he met in college, back in 2006. He has a son named Jack and a daughter named Rian.

In November 2013, he was involved in a blockbuster trade that sent him from Texas to the Detroit Tigers in exchange for Prince Fielder.

Ian Kinsler Is A Member Of