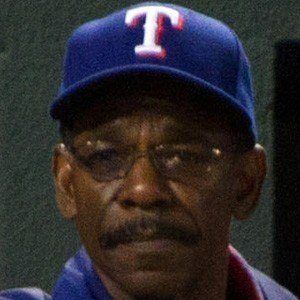 Former MLB shortstop who began managing the Texas Rangers in 2007.

He played for the Orioles, the Twins, the Indians, and the Astros in his professional career.

He led the Texas Rangers to two consecutive World Series appearances in 2010 and 2011.

He married Gerry Washington in 1972, although they had no children.

Ron Washington Is A Member Of