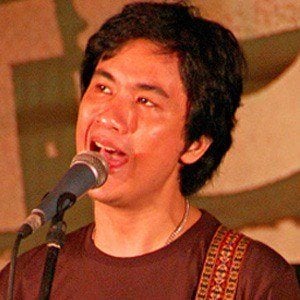 Lead vocalist and guitarist for Pupil and the Pinoy rock group Eraserheads.

He attended University of the Philippines Diliman where he found his bandmates.

He wrote a science fiction story called "The Pillar," which became a graphic novel in 2011.

He has two children. Una Aurea, whom he had with his first wife Vicky Cayago, and Eon Drake, with second wife Diane Ventura.

He is joined by bassist Buddy Zabala in The Eraserheads.

Ely Buendia Is A Member Of