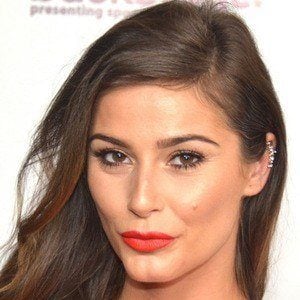 Canadian actress best recognized for bringing to life the late Taiana Venediktov on the hit CW superhero series Arrow. She can also be seen playing Harper Hill in the miniseries Choose Your Victim.

Her acting career began gradually in 2008 when she began earning small guest roles on shows like Psych, Eureka, and Smallville.

Since the beginning of her acting career, she has also dabbled in producing, working on short films like The Wall, Run, and Fwd.

Her sister, Elyda, is a designer.

While appearing on the CW's Arrow, she starred opposite the show's leading man Stephen Amell.

Elysia Rotaru Is A Member Of