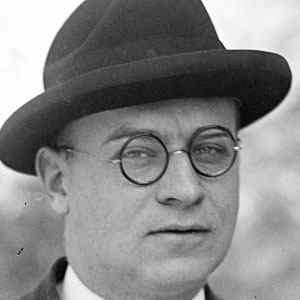 America politician and Democrat from New York who served in the United States House of Representatives for almost 50 years, from 1923 to 1973. After losing the the 1972 Democratic primary in his district he became the most senior Representative to ever lose a primary.

He attended both Columbia University's undergraduate program and it's law school before practicing law.

He is the longest serving member of either house of Congress in New York's history.

He was married to his wife, Stella Barr, until his death.

He was a vocal opponent of Senator Joseph McCarthy.

Emanuel Celler Is A Member Of