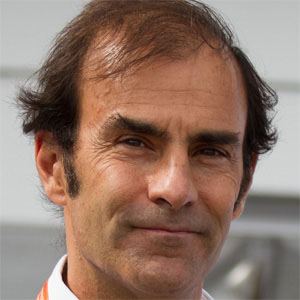 As a member of Audi Sport Team Joset, he won three consecutive 24 Hours of Le Mans races from 2000 to 2002; he then went on to win the event two additional times.

He began his racing career at age 11, when he competitively raced karts; in 1981 he began racing in Formula Three, and in 1984, he entered Formula Two.

As a Formula One racer, he notched his first career victory at the 1989 French Grand Prix.

He was born and raised in Rome.

Emanuele Pirro Is A Member Of