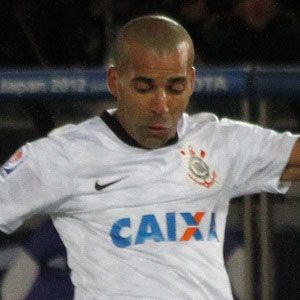 Brazilian-Qatari striker who has won multiple league titles with clubs like Flamengo and Corinthians. He was named J. League MVP in 2003 while playing for Urawa Red Diamonds.

He spent three years in the youth system of Sao Paulo FC.

In 2006, he was detained by police for falsifying his birth certificate to show that he was three years younger than he actually was.

Emerson Sheik Is A Member Of