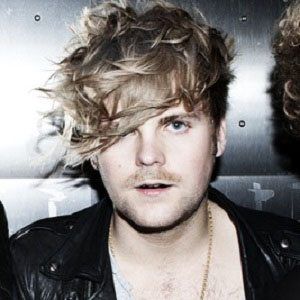 Swedish singer and bassist also known as Emil Hero who became famous as a member of the electropop outfit Urban Cone, who have gained popularity with singles like "Sickness Disease." His debut solo EP 1992 was released in 2013.

He and Urban Cone first earned major attention in the blogosphere with the track "Urban Photograph" in 2010.

He is an occasional remix artist who has remixed tracks by fellow Swedes like Colleagues and Side Effects.

He grew up in Sweden with two sisters. He frequently posts photos on Instagram with his girlfriend.

He collaborated with Porter Robinson on the DJ and producer's 2014 single "Lionhearted."

Emil Gustafsson Is A Member Of