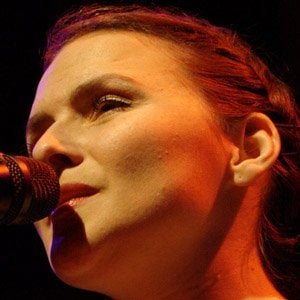 Famous for such late 1990s and early 2000s albums as Love in the Time of Science and Me and Armini, this Icelandic indie and alternative singer and songwriter released a popular 2009 song titled "Jungle Drum."

In her mid teens, she attended an opera training program. Her professional pop and rock career began after music producer Derek Birkett watched her perform at a restaurant.

She was a member of an Icelandic band called GusGus.

She was born and raised in Kopavogur, Iceland, by an Icelandic mother and an Italian father. She gave birth to a son in late 2010.

She performed "Gollum's Song," a track that was featured in the ending credits of director Peter Jackson's blockbuster fantasy film The Lord of the Rings: The Two Towers.

Emiliana Torrini Is A Member Of