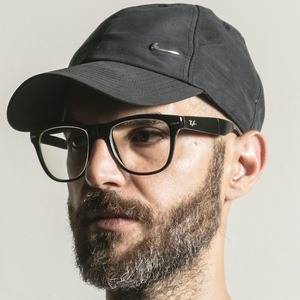 Illustrator who is known for his bold textures and graphic compositions which have been featured in a range of press outlets such as The New York Times, The New Yorker, the Washington Post, and GQ France. He is also known for having worked with several clients such as Louis Vuitton and Cartier and shares additional works through his Instagram for his over 60,000 followers.

He had his first solo exhibition in 2008 in Savanah, Georgia. He then went on to showcase works in the Sketch Obsessions show on the 8th floor of the New York Times Building in 2009. His first illustrated book was published in 2015 by Penguin Books and he started sharing his works through Instagram in February of 2014.

He shared a photo with pop artist Alex Katz at the Gavin Brown's enterprise gallery to Instagram in November of 2017.

Emiliano Ponzi Is A Member Of