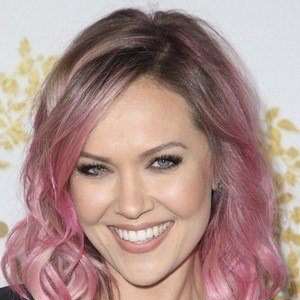 Most famous for her portrayal of Ashley Magnus on the Canadian sci-fi series Sanctuary, she is also notable for her recurring roles on the Canadian shows JPod and Arctic Air and on the American series True Justice.

After studying at the Vancouver Film School, she made her television debut in the early 21st-century remake of the science fiction series Battlestar Galactica.

In 2008, she received a Leo Award for her portrayal of Kaitlin Joyce on JPod.

The daughter of Danish diplomat Ove Ullerup-Petersen, she spent her childhood in numerous locations and learned to speak Vietnamese, English, and Swedish in addition to Danish. In her early adulthood years, she settled in Vancouver, British Columbia, Canada, and began a relationship with actor Kyle Cassie.

She and Julia Benson both acted in the 2014 horror movie Death Do Us Part.