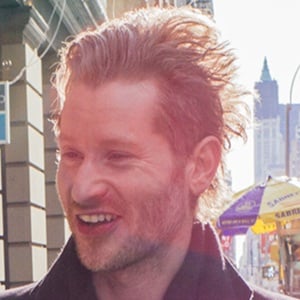 Writer, director, and producer who is best known for his work on the superhero feature film Sign Gene. He was born deaf and has continued to make contributions toward the community both within the world of film and activism.

He received a bachelors degree in Linguistics and Film from Gallaudet University and a Masters Degree in Mass Communication from the University of Rome La Sapienza. He went on to work for MTV and ELLE Magazine before going on to direct his first feature film.

He is known for his activist work and produced the first Italian Sign Language dictionary in DVD format.

He married Norwegian model Carola Insolera whom he met in Tokyo.

He can be seen pictured working alongside Tim Burton in Japan.

Emilio Insolera Is A Member Of