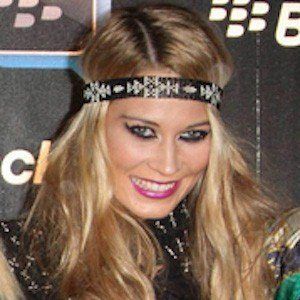 English singer who was a member of the all-girl group Parade as well as the group Hope.

She appeared on The X Factor in 2007, auditioning as a soloist; she was rejected until she re-auditioned with a group of other women.

Parade has toured with huge acts in the U.K., including the all-boy band, The Wanted.

She was born in the town of Devon.

She rose to fame on the U.K. series The X Factor, which is judged by Simon Cowell.

Emily Biggs Is A Member Of