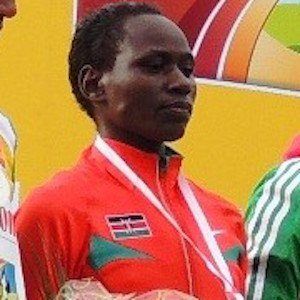 Long-distance runner and cross-country skier who won gold in the senior race of the 2010 and 2013 World Cross Country Championships.

She was born and raised in Ainamoi, Kenya.

Her father Joel Rono was also a runner.

Emily Chebet Is A Member Of