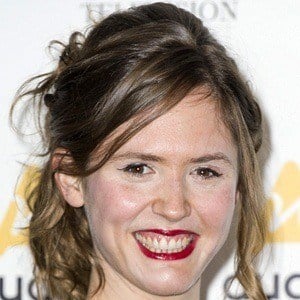 Austrian actress most well known for her portrayal of Brida in the BCC series The Last Kingdom. She also played Emily in the 2017 series Jerks.

She made her screen acting debut in 2009 in an episode of SOKO Donau.

In 2015, she guest starred on an episode of the hit Showtime series Homeland.

She was born and raised in Vienna, Austria.

In the Last Kingdom, she starred opposite Alexander Dreymon and Ian Hart.

Emily Cox Is A Member Of