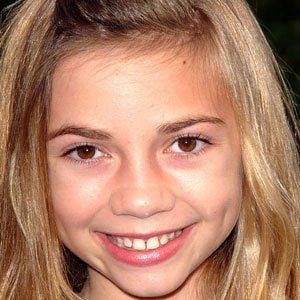 American actress who appeared in several straight-to-video films including Jack and the Beanstalk, Red Riding Hood, and Bratz.

She had a recurring role as Amy Carson on the television series Cake in 2006.

She grew up with sisters named Sophie and Olivia.

She appeared alongside David Anders in the 2009 TV movie version of Children of the Corn.

Emily Rose Everhard Is A Member Of