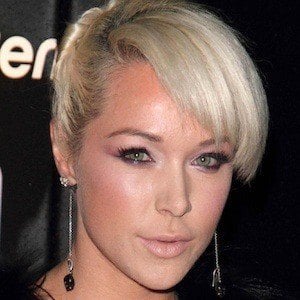 Model, DJ, and reality television star who has been featured in Playboy and For Him Magazine. She has appeared on such series as ITV's Love Island and I'm a Celebrity... Get Me Out of Here!, Sky1's Cirque de Celebrite, Seven Network's Australian Dancing With The Stars, and TLC's London Ink.

She first appeared in British superstar Robbie Williams' music video for his hit song "Rock DJ." She was signed as a professional DJ in 2009 and began touring Australia, Asia, and Europe. Her first original track came out in 2010.

During her appearance on London Ink she got a tattoo of a Koi fish on her arm.

She was married to pop singer Ritchie Neville for six months in 2008.

She was originally signed by Pioneer DJ, as was fellow DJ Armin van Buuren.

Emily Scott Is A Member Of