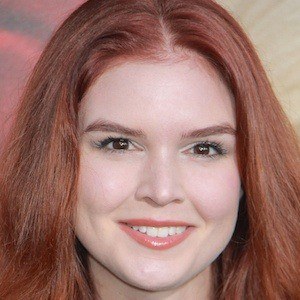 First became known for her portrayal of Mia in the Starz miniseries Flesh and Bone. She then went on to play Dr. Noa Kean in the CBS hospital drama Code Black.

One of her first screen credits was in a couple of 2011 episodes of Boardwalk Empire.

Outside her screen credits, she has also starred in Broadway shows like Back on Broadway, Chaplin the Musical, and Nice Work If You Can Get It.

Her boyfriend, Adam Santucci, is a music producer. Together they have written for the food blog Canned Ham.

As a cast member on Code Black, she appears alongside Marcia Gay Harden and Melanie Chandra.

Emily Tyra Is A Member Of