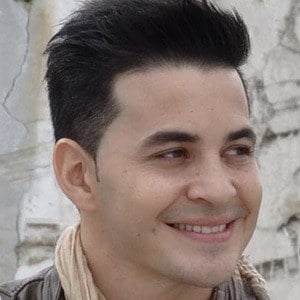 Singer who is known for his 2005 album Valorate. It was released internationally to the US and most Spanish-speaking countries.

He began singing at the age of 4 in his local church choir. He played competitive soccer through his teen years, ceasing at age 18 to pursue his music career.

In 2002, he released his debut album, Déjate Llevar, internationally. He is religious, and often incorporates his faith into his music.

He was born and raised in Sante Fe, Argentina, as one of five children.

He reached the 4th level of the Argentinian national soccer team's youth program, which international star Lionel Messi graduated from.

Emir Sensini Is A Member Of