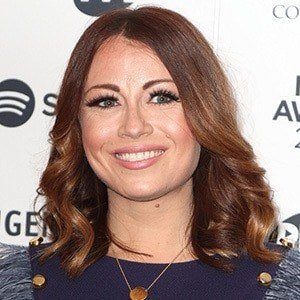 Actress who is known for her work on London's West End. She is particularly known for her role as Elphaba in the musical Wicked, which she began playing on February 2, 2015.

She initially studied English and sports science at Loughborough University. She graduated from the one year program for musical theatre performance at London School of Musical Theatre.

In 2009, she received her big break after being cast and originating the role of Donna in the West End musical Dreamboats and Petticoats. In 2011, she was cast in the ensemble of the West End production of We Will Rock You.

She was born and raised in Coleford, Gloucestershire, England.

She joins Idina Menzel in having played the role of Elphaba in a major West End or Broadway production.

Emma Hatton Is A Member Of