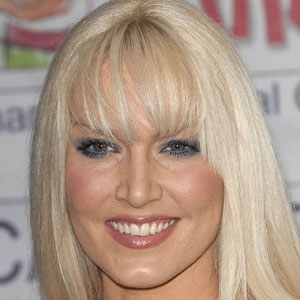 Notable as both a model and a television personality, Noble participated in fashion shows for designer John Rocha and the Ghost label and went on to host the game show Bruce's Price Is Right. Also an actress, she appeared in episodes of Crossroads and Jonathan Creek.

She spent her youth in southeast London's Sidcup district.

She performed in the United Kingdom national tour of Ben Elton's play Popcorn and went on to appear in the reality television show The Farm. She is also well known as an international ambassador for the National Autistic Society.

From 1999 until 2004, she was married to British Prime Minister John Major's son, James Major. The couple's only child, Harrison "Harry" Major, was born in 2000. In 2013, she married her second husband, businessman Conrad Baker.

She appeared with Jennifer Love Hewitt and Dougray Scott in the 2005 romantic comedy The Truth About Love.

Emma Noble Is A Member Of