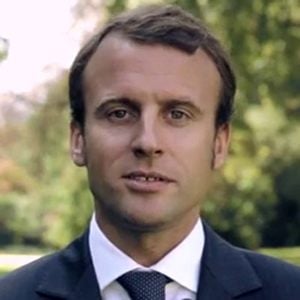 Founder of the En Marche! party who first became known for being the deputy secretary-general under Francois Hollande. He would go on to become Minister of Economy, Industry and Digital Affairs before becoming President of France in 2017.

After studying philosophy at Paris Nanterre University, he would go on to earn a Master of Public Affairs. He would spend his formative years as an investment banker at Rothschild & Cie Banque.

From 2004 to 2008, he worked as an Inspector of Finances in the French Ministry of Economy.

His mother, Françoise Noguès, was a physician, and his father, Jean-Michel Macron, a professor of neurology. He married Brigitte Trogneux in 2007.

He defeated Marine Le Pen in a run-off election to become President of France.

Emmanuel Macron Is A Member Of