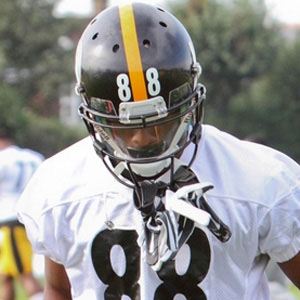 NFL wide receiver who debuted in 2010 for the Pittsburgh Steelers. After four productive years with the Steelers, he signed with the Denver Broncos in 2014. He helped lead the Broncos to victory in Super Bowl 50.

He was selected in the 3rd round of the 2010 NFL Draft after a successful career at Southern Methodist University.

He was only a two-star recruit out of high school, but eventually became a two-time All-Conference USA selection.

He and Gabriella Waheed had a son named Princeton in 2014.

He joined Demaryius Thomas when he signed with the Broncos in 2014.

Emmanuel Sanders Is A Member Of