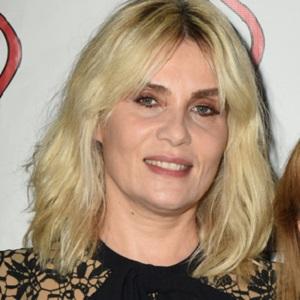 Cesar Award nominated actress for roles in the 1998 film Place Vendome and the 2007 film La Vie En Rose who has also appeared in the film Frantic and The Ninth Gate.

Her acting career began in 1984 when she appeared in L'Année des méduses and later in Detective as Princess of the Bahamas.

She had a role in the film The Diving Bell and the Butterfly as Celine.

She married famous film director Roman Polanski in 1989. Together the couple had two children, Morgane and Elvis.

Her husband Roman Polanski has directed her on multiple occasions which includes a role in 1992 for the film Bitter Moon.

Emmanuelle Seigner Is A Member Of