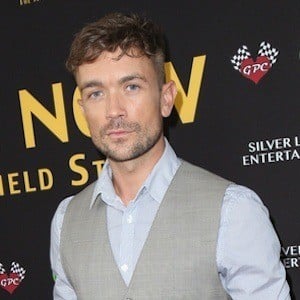 Multi-talented performer recognized best for leading the 2015 StyleHaul drama Vanity. He also had a role in Relationship Status and has appeared in films like Mamma Mia!, Bright Young Things, and Till We Meet Again. In 2016, he was cast as Thomas Hutter in the Nosferatu remake.

A student at The Central School of Ballet from age sixteen until eighteen, he transferred to Laine Theatre Arts School to study musical theatre.

A stage actor and dancer, he began his career in the national tour of Fame - The Musical. He then made his West End debut in Queen's We Will Rock You.

His father, Christopher, is a teacher and his mother, Raphaela, is an artist and dancer.

A professional dancer, he has shared the stage with legendary stars like Madonna and Christina Aguilera.

Emrhys Cooper Is A Member Of