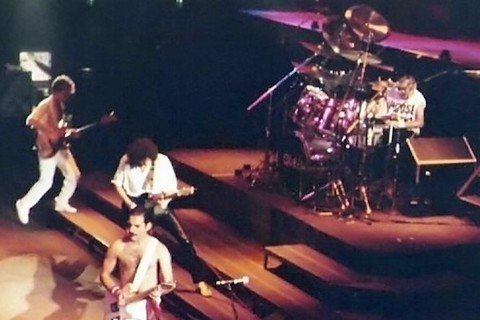 Known as Smile before Freddie Mercury entered the band, the group's most popular track "Bohemian Rhapsody" remained at number one on the UK charts for 9 weeks. Freddie Mercury died in 1991, but the band has toured since.

The Magic Tour in 1986 was the band's last tour with Freddie Mercury. They received the Grammy Lifetime Achievement Award in 2018. Also in 2018, a biopic about Mercury and the group called Bohemian Rhapsody was released starring Rami Malek.