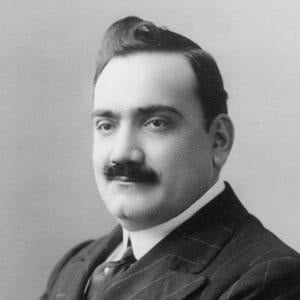 Italian operatic tenor who released 290 recordings from 1902 to 1920. He was the recipient of a Grammy Lifetime Achievement Award posthumously in 1987.

He was apprenticed to a mechanical engineer but showed no interest.

His recording of "Vesti la giubba" was the first sound recording to sell a million copies.

He married Dorothy Caruso on August 20, 1918 and had two children with her.

He visited the United States where he met and received an autographed picture of President Theodore Roosevelt.

Enrico Caruso Is A Member Of