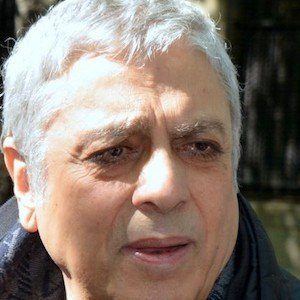 He was born Gaston Ghrenassia, and he adopted his stage name after recording his first single in 1962.

He made his American debut in a sold out performance at Carnegie Hall in 1968.

He was photographed with fellow singer Louane Emera in late 2016.

Enrico Macias Is A Member Of