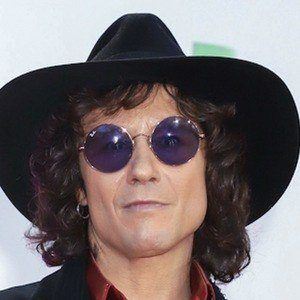 Spanish rock singer known for his time as the lead vocalist of Héroes de Silencio. After the group disbanded in 1996, he proceeded to release his first solo album in 1997.

He started playing in his first band while in high school. He then joined Zumo de Vidrio in 1984.

Although they had been disbanded since 1996, Héroes de Silencio performed a reunion tour in 2007.

He was born Enrique Ortiz de Landázuri Izarduy in Zaragoza.

His nickname was based on Oscar Wilde's The Importance of Being Earnest.

Enrique Bunbury Is A Member Of