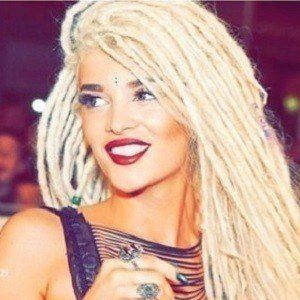 Famous for such popular singles as "Mani për Money," "E Dehun," and "A Po Don," this Videofest Award-winning Kosovar vocalist became known for combining elements of electronic, pop, and reggae music in her recordings and for writing most of her lyrics in the Kosovar Gheg Albanian dialect.

In 2013, she performed her pop-reggae single "Mani për Money" on national television.

Her hit "BonBon" has exceeded over 128 million hits on YouTube alone.

Born in Pristina, Yugoslavia (present-day Republic of Kosovo) to a family of Albanian heritage, she grew up as one of the four children of filmmaker Nezir Istrefi and famous singer Suzana Tahirsylaj.

She followed in the footsteps of her famous older sister, Nora Istrefi, one of the most popular singers in Kosovo.

Era Istrefi Is A Member Of