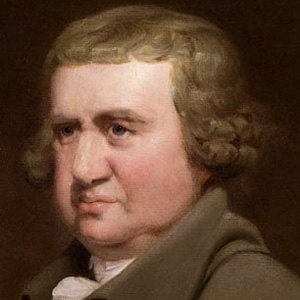 British physician, poet, philosopher and inventor who was known for his association with the Midlands Enlightenment.

He studied medicine at the University of Edinburgh.

His 1789 poem "The Loves of the Plants" hinted at the theory of evolution.

He married Polly Howard and Elizabeth Pole, and had fourteen children, two of whom were illegitimate.

He was the grandfather of Charles Darwin.

Erasmus Darwin Is A Member Of