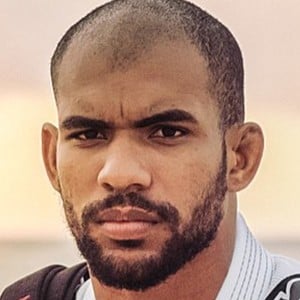 Jiu jitsu black belt who announced himself as one of the world's best by winning the 2017 IBJJF World Championship. His championship came following a string of victories at events like the 2016 UAEJJF World Pro Championship and the 2016 IBJJF European Championship.

He began living in Boa Vista, Brazil as a small child and was introduced to jiu jitsu at age 9.

He has earned a "bad boy" image due to the frequency with which he has been forced to switch teams. He has competed for teams like Guigo Jiu Jitsu and Almeida JJ.

He has faced off against many of the world's top fighters, such as Mahamed Aly.

Erberth Santos Is A Member Of