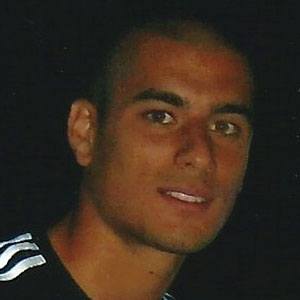 Swiss striker who joined Hoffenheim in 2012 after spending three years on Bayer Leverkusen. He became a member of the Swiss national team in 2008.

He began playing in the Old Boys youth soccer system at age 6.

He was named the Swiss Youngster of the Year during his 2008 season with Basel.

He was born in Basel, Switzerland.

He made his international debut against Wayne Rooney and England's national team in February 2008. England won the game 2-1.

Eren Derdiyok Is A Member Of